In 2014 alone, one million Chinese tourists visited California and spent an estimated $2.6 billion – a y-o-y increase of 24.8% and 32.7%, respectively1 – and future prospects are looking strong.2 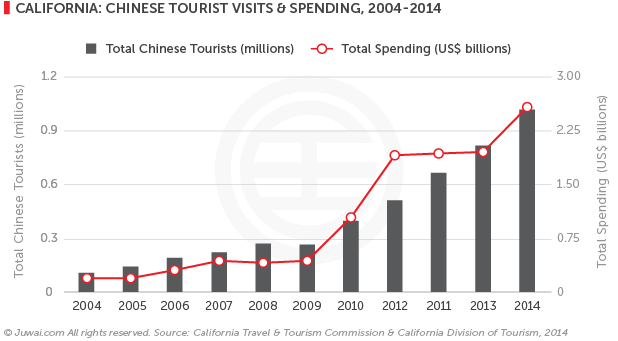 By 2018, 1.8 million Chinese tourists are expected to breeze into California, bringing along with them an average annual spend of $5 billion.2

California is not only a prime travel destination for Chinese tourists – high net worth individuals (HNWIs) in China are increasingly seeing it as a sought-after property investment location. 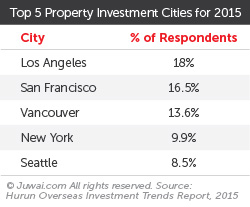 In a recent survey of 2,089 HNWIs in China3, Chinese buyers polled Los Angeles and San Francisco as the top two most favoured locations in the world for Chinese real estate investment.

This attraction is driving deal flow for California agents, with total sales to Chinese investors hitting an estimated $8.6 billion in 2014.

Why so much love from Chinese for the Golden State? To put into a nutshell, California’s enduring appeal to Chinese buyers is driven by four major motivations:

Education: California not only boasts three first-class universities ranked in the world’s top 10  – Caltech, Stanford, and Berkeley – but it has a schooling system that offers a world of contrast compared with the education system in China.6

Status: Having overseas property is a way of displaying status and wealth, two factors extremely important to Chinese, who are obsessed with the idea of ‘face’.

Chinese-friendly: California has large, well-established communities of ethnic Chinese in major cities, such as San Francisco and Los Angeles, which helps Chinese investors feel more at home in a foreign country. 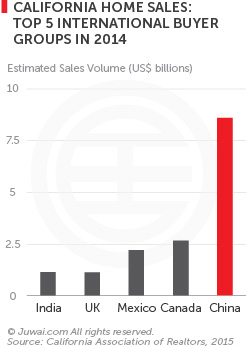 Chinese hunger for homes in the Golden State has risen so notably that in contrast to China, house prices in California have been on a tear during the past year.

Home prices in areas around key Californian universities, such as UC Berkeley, have grown between 8-15% during 2014.9

Californian properties also offer product quality that is difficult, or nigh on impossible to find in China.

For example, private gardens and pools are quite common in residential units in California but remain relatively unheard of in major cities in China.

These trends offer a better investment proposition compared to prices in China, which dropped 5.7% y-o-y in March 2015.10

California is a great case study on what motivates Chinese property investors, and offers a range of important tips for agents looking to tap into what is a highly lucrative business opportunity as well.

Here are 3 quick tips to help you get the ball rolling:

That said, we wish you every luck in working with Chinese buyers. While 3 steps may not seem much, don’t knock it till you’ve tried it.

Putting these steps into practice may make the difference between missing or closing a deal, and considering that the 2014 deal flow is estimated at $8.6 billion – including the fact that future growth prospects are looking pretty solid – there is every reason to give it a go.