Clearly, these new movies are at the front-line in meeting the surging demand for foreign content in China's movie market â€“ a market hailed as the fastest-growing and most lucrative movie market in the world. 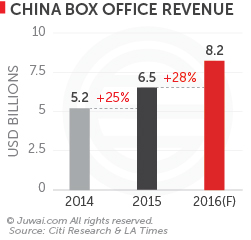