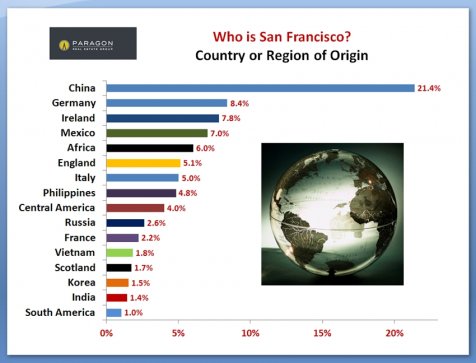 According to stats from Juwai.com, Chinese investor interest in San Francisco is off the charts, reported Anna Marie Erwert of the San Francisco Chronicle (29 October 2013). The 2.7 million high net worth Chinese earning US$1.5 million and above as well as China's 60 million upper-middle class are invaluable potential investors with the means toÂ  purchase property abroad.

The US has long been the top choice for Chinese property hunters, and California has been the most popular state, receiving over US$30 billion in real estate spending in 2012. San Francisco, with its city lifestyle and quality education options, saw a 465% increase compared to January 2012.

San Francisco properties snapped up by affluent Chinese all fetched a pretty price ranging from US$700,000 â€“ US$5 million and above.