2012 smashes record for Chinese investment in US deals 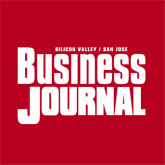 Real estate was among the top-five US sectors drawing the most Chinese investment. California and Silicon Valley are proving increasingly popular with Chinese firms and investors.

Chinese investment within the U.S. has been particularly noticeable especially considering the fact that investment from other Asian countries such as Japan and Korea have actually been on the decline following the financial crisis.