Chinese property buyers are cautious but not daunted.

Despite slower growth, there are still rewards in the real estate industry outside of China with many opportunities to attract Chinese buyers. Whilst 2018 saw some significant political and economic changes around the world, those who plan well can still benefit from Chinese buyers wanting to invest in foreign real estate. By putting structures in place, rewards can be reaped in the coming years. For property professionals working with Chinese buyers, or those who are looking at the potential that China can offer, our latest Juwai China Market Trend Report 2019 serves as an invaluable guide.

Here’s a sneek peak at what the report offers: 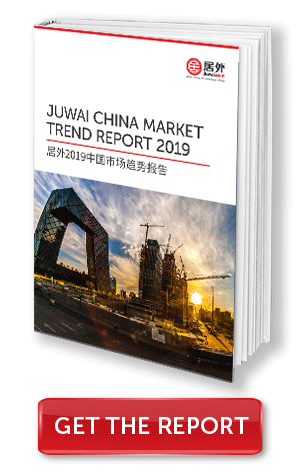 Chinese consumers lack appealing investment opportunities at home. Deposits in Chinese banks earn very low rates. Chinese stock markets, subject to government controls, are immature and volatile, making them the world's worst performers last year. The traditional standby for Chinese investors is to buy real estate and they are willing to put 53 per cent of their savings into purchases. However, government restrictions - imposed to ensure homes are strictly for owner-occupiers rather than speculative investors - have prompted wealthy Chinese investors to look overseas.

Despite a less robust growth forecast for the coming year, China’s economy is still growing. By 2040, the Chinese economy is forecast to be valued at US$42 trillion. Median wealth per adult in China grew seven fold between 200 and 2018, spawning many millionaires. The wealthy in China is one of the biggest spenders on real estate investments, especially in cross-border properties.

China’s Belt and Road Initiative covers 65 per cent of the world’s population and includes 40 per cent of its GDP. China already trades with 67 Belt and Road countries to the tune of more than US$1 trillion per year and some US$900 million of investment is in the pipeline. This has spurred Chinese property investors who are following their government’s investments with their own, boosted by feelings of safety and security provided by their country’s substantial investments. Some countries experiencing the fastest-growing Chinese property demand are involved in the Belt and Road programme.

Where they are buying

In North America, Chinese buying soared during the fourth quarter of last year. In Canada, it jumped by 46 per cent, while the US saw a more restrained growth rate of eight per cent. In Australia, buying enquiries on Juwai.com were up 58 per cent versus the fourth quarter in 2017. Thailand topped the enquiry’s list last year with Bangkok leading the way. Greece also attracted attention as Chinese buyers take advantage of the opportunity to own stunning Mediterranean homes at bargain prices and the offer of a citizenship-by-investment programme.

The US lost its first-place ranking on Juwai.com’s enquiry list last year as investors. Students and employees became hesitant about living in that country due to current trade war jitters. But alternative property investment destinations are gaining traction. Australia and Japan appear to be the preferred choice while Vietnam and Thailand appeal to those searching for high-growth property investments. Chinese buyers who want locations closer to home have opted for Malaysia and Hong Kong.

To combat a slowdown in GDP growth, the Chinese government has suggested new tax measures. This triggered a flood of Chinese investors to create overseas trusts. The full impact of any new tax measures on global real estate investments is unknown but it is likely some buyers have already moved some funds offshore, so there is disposal cash to invest outside of China. By and large, Chinese investors are still motivated by a desire to diversify their assets and hedge their risks to seek higher returns. They remain eager about investing abroad despite capital controls.