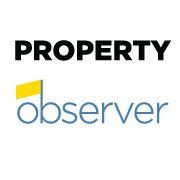 Glen Waverley and Mount Waverley, both southeastern suburbs of Melbourne, Australia, have been especially popular with Chinese buyers.

These two suburbs a popular pick particulary for Chinese buyers looking for quality education for their children studying overseas. According to the 2011 census, nearly 25% of Glen Waverly's population are residents of Chinese descent and over 15% are of Chinese descent in the neighbouring suburb Mount Waverley.

The average house price in Glen Waverley is A$720,000, while the median house price in Mount Waverley is $725,500. Asian investors also like to buy commercial property investment with a value of up to $5 million as well as retail properties that have solid performing tenants, according to CBRE.