By Juwai, 17 February 2012
China will this year topple India as the world's biggest gold consumer, as demand for the metal as both a "safe haven" and to use for jewellery keeps growing, according to the World Gold Council. Emma Rowley reports for The Telegraph. 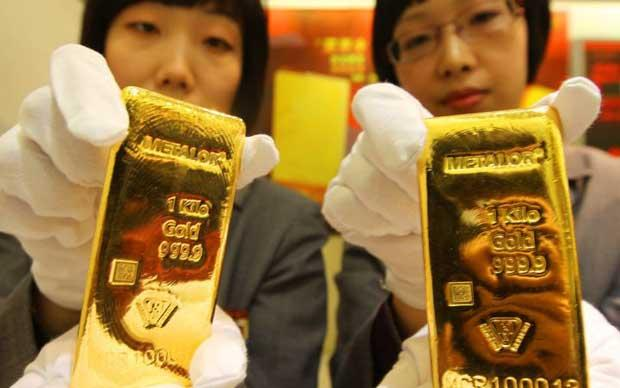 Rising incomes in China mean that in addition to greater purchasing power for gold jewellery, people are increasingly turning to the precious metal as an investment, particularly given the weakness of the country's property sector.

February 16, 2012 -- The industry body said 770 tonnes of gold were bought in China last year, 20pc more than in 2010. That left the world's second biggest economy trailing only India, with 933 tonnes bought.
Rising incomes in China mean that in addition to greater purchasing power for gold jewellery, people are increasingly turning to the precious metal as an investment, particularly given the weakness of the country's property sector.
Worldwide demand for gold last year hit 4,067 tonnes, worth an estimated $205.5bn - the first time the figure has passed the $200bn mark. Investment buying drove the rise, with demand up 5pc on the previous year.
Germany and Switzerland were the main drivers of growth in gold demand in Europe, as the continued eurozone turmoil saw people turning to the metal as a store for their wealth.
Central banks remained net buyers of the metal. Their purchases rose from 77 tonnes in 2010 to 440 tonnes, seen as reflecting a need to protect national wealth. In terms of the cultural importance of gold, India, followed by China, remained the yellow metal's heartlands, together accounting for 55pc of global demand for gold jewellery last year. Marcus Grubb, a managing director at the World Gold Council, said: "What we can see from these 2011 figures is that there were two main factors driving the results: Asian growth and optimism on the one hand, and Western desire to protect assets against uncertainty on the other. Looking particularly at Asia, there was a major boost to the overall figures from the increase in Chinese demand, which is a trend that we see continuing."