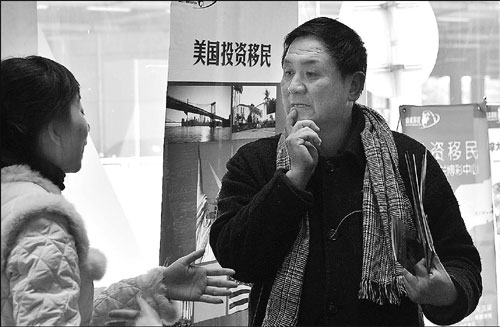 An emigration agency helps a client in Nanjing, Jiangsu province. Of about 960,000 Chinese with assets worth more than 10 million yuan ($1.6 million), 60 percent were either thinking about emigrating or taking steps to do so, according to the Private Banking White Paper 2011, released by Bank of China Ltd and the Hurun Report last year. An Xin / For China Daily 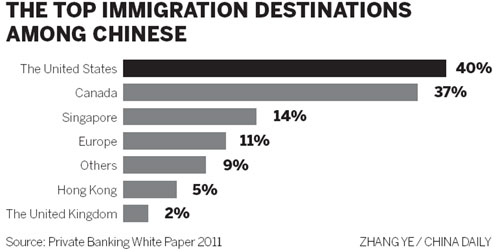