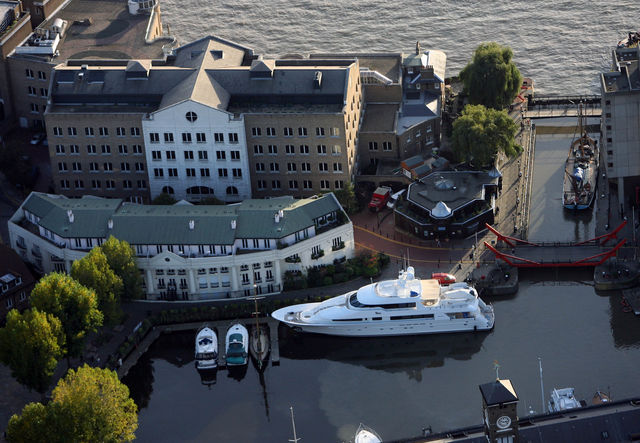 Investors from China and Southeast Asia bought one in every two new homes in central London last year as the number of wealthy individuals in the region swells, Jones Lang LaSalle Inc. (JLL) said. Christopher Spillane reports for Bloomberg News. April 20, 2012 -- Buyers from China, Hong Kong, Malaysia and Singapore accounted for 51 percent of new-property purchases in central London neighborhoods that the broker handled, up from 47 percent in 2010, Jones Lang said in a report today. Hong Kong buyers led Asia with 17 percent of the purchases, the Chicago-based broker said. â€œThe number of high net worth individuals is growing and growing, especially in the Asia-Pacific countries where youâ€™ve got developing economies,â€ Neil Chegwidden, a residential research director at Jones Lang, said by phone. â€œThey need to invest their money somewhere.â€ Overseas investors are buying luxury homes in the U.K. capital to preserve wealth in one of the worldâ€™s most resilient property markets amid political and economic volatility in their home markets. Luxury-home prices in central London rose the most in 10 months in March, according to London-based broker Knight Frank LLP. The number of billionaires in Asia rose to 351 last year from 245 in 2010, according to a Credit Suisse Group AGâ€™s Global Wealth report. Europe had 251 billionaires while North America accounted for 332 last year, the Zurich-based bank said.

The proportion of British buyers fell to 19 percent from 22 percent in 2010, Jones Lang said in the report. Around three quarters of London-home purchases were made because the investor plans to rent out the property, and 28 percent of buyers used cash to buy the real estate, according to Jones Lang. The neighbourhoods used to compile the report were Kensington and Chelsea, City of Westminster, City of London, St. Johnâ€™s Wood and the Canary Wharf financial district in east London. Investors and developers plan to build 9,000 prime apartments and houses by the end of the decade that theyâ€™re aiming to sell for more than 1,000 pounds a square foot, according to a study released in July by London-based consulting firm EC Harris LLP. About 4,000 units are scheduled to open in 2014 and 2015, EC Harris estimates.