Apartment prices seem like a bargain to wealthy Chinese buyers 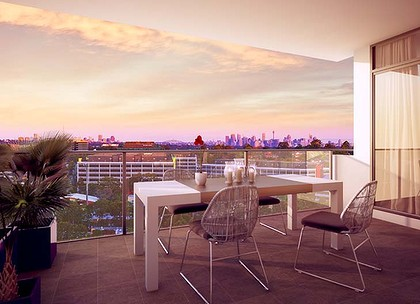 High property prices might worry many Australian homebuyers and even global bodies, but they're ''cheap'' for wealthy Chinese. Stephen Nicholls reports for The Sydney Morning Herald. May 26, 2012 -- The Organisation for Economic Co-operation and Development warned this week that prices in Australia - as well as Canada, France and Sweden - are ''very high relative to rents and incomes''. But it depends where you're coming from. ''It's very reasonable,'' the chief executive of the Chinese-language Sing Tao newspapers, Simon Ko, said this week. ''A three-bedroom apartment in an about-average area and suburb of Hong Kong is $2.5 million. And if you want to see a water view, it's at least $4 million.'' ANZ's business development manager, Dennis Yu, said mainland Chinese also love the fact that Australia has a stable government and economy. ''Despite the exchange rate, Australia is still cheap. Cheaper than Hong Kong but also Singapore and even Shanghai,'' he said. Many Chinese buy apartments for their children while they study in Australia. Apart from the price, they like that Australia is just an overnight flight away. ''And there's just two hours' time difference so, unlike America, they don't have to stay up until midnight to speak to them,'' Mr Yu said. Foreign ownership rules allow offshore investors to buy as many off-the-plan apartments as they like. The CBRE senior director, Tim Rees, said Chinese buyers make up nearly all the sales at some projects. ''We've released 470 apartments at Macquarie Park and 90 per cent are being sold to the Chinese market,'' he said. Most were to local Chinese but up to 20 per cent were offshore investors. The prices were a big attraction, with one-bedroom units with parking starting at $475,000 and three-bedroom units from $1.1 million. ''They're buying right across the spectrum, with one-bedders being popular for the students and three-bedders for families,'' he said. ''The train station, Macquarie University, the shopping centre and the business park are right on the doorstep, so it ticks all the boxes for investors and particularly offshore investors.'' Mr Rees expects a large Chinese contingent to line up for the final stage - a 13-storey building of 144 apartments with ''great views'' - released next weekend. The Meriton chief Harry Triguboff said 80 per cent of his customers are Chinese. Chinese have also beaten down the doors to buy into other off-the-plan projects such as The Quay at Chinatown, Metro at Chatswood, Central Park at Chippendale, V by Crown at Parramatta, Top Ryde City Living and Sanctum at Rhodes. The biggest developments are often launched simultaneously in Sydney and Asia.