Saab designs and facilities sold to Chinese and Japanese investors, but not the brand (yet) 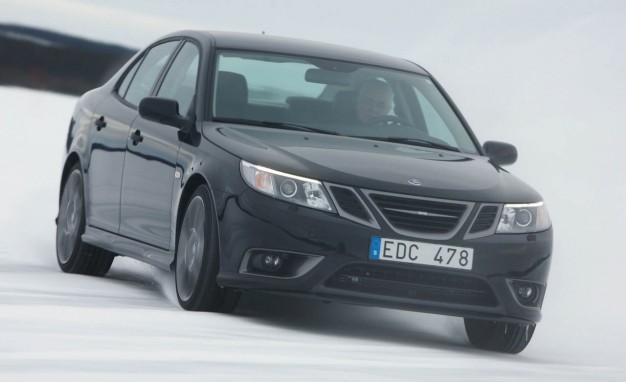 William Shakespeare opined that a rose by any other name would smell as sweet, but what about an outdated European car? A group of Chinese and Japanese investors says it has purchased some of the remains of Saab, including the production facilities and the intellectual-property rights for the old 9-3 sedan and embryonic Phoenix vehicle platform. What it hasnâ€™t acquiredâ€”yetâ€”are the rights to the Saab brand name and logo. (The deal also doesnâ€™t include the purchase of Saab Automobile Parts AB, a freestanding company that isnâ€™t part of the bankruptcy proceedings.) Justin Berkowitz reports for Car and Driver. June 13,2012 -- National Electric Vehicle Sweden (or NEVS) says it will convert the 9-3 to a fully electric vehicle, and also will develop an all-new electric car, presumably on the Phoenix platform. The aim, according to a presentation published on the companyâ€™s website, is to be nothing less than the â€œleading manufacturer of electric cars.â€ Initially, at least, NEVS wants to focus its sales on China, a market that NEVS emphasizes will be hungry for electric cars in the next few years. Pundits and PowerPoint preparers around the world are insisting that Chinese government restrictions on fuel economy and vehicle emissions will, somehow, create a market for electric cars there. Weâ€™re skeptical. The new company, as NEVS has laid it out, will see Chinese, Japanese, and Swedish teams collaborate on vehicle design and engineering. Assembly would be done in large part in Swedenâ€”NEVS did, after all, buy the factory in TrollhÃ¤ttan. But building an expensive product and then shipping it to China for sale there? Sounds like NEVS has reversed the business model for Chinese car sales. Local production is the way to sell vehicles in China, and paying highly trained workers in Swedish kronor will jack up the prices.

The lynchpin for this planâ€”whether or not NEVS admits itâ€”is whether the firm can acquire the rights to the Saab brand name. Without it, NEVS has just purchased an expensive factory in Sweden and a very stale automobile design. Saab doesnâ€™t have as positive a brand image as many other Euro automakers, but itâ€™s still European and widely known around the globe. Having the Saab brand name applied to NEVS-created vehicles would dramatically improve their chances for success. That said, weâ€™re still not optimistic. For evidence of why, look no further than the challenges that Tesla and Fisker have faced in launching new electric cars and brands, or the difficulties experienced by established companies such as General Motors and Nissan in recording significant sales of electric cars. Beyond the ongoing â€œdialogueâ€ for the Saab brand nameâ€”as NEVS has characterized the situationâ€”additional questions persist: Will the Swedish regulators overseeing Saabâ€™s bankruptcy sign off on this? (The Chinese investors that own 51 percent of NEVS are fully private, so no Chinese government approval is needed.) And will NEVS be able to raise enough money to actually develop these vehicles? In his first sonnet, Shakespeare used the image of a rose to signify everlasting beauty. We may not describe Saab or its products in such florid terms, but in the aftermath of bankruptcy and multiple failed purchases, it seems the company has acquired some degree of immortality. At least in the news cycle, anyway.