By Juwai, 04 July 2012
With wines such as its 2002 Cabernet that received an eye-popping 99 points from Wine Spectator, Sloan Estate wines typically sold its wines for hundreds of dollars a bottle. That sort of prestige may be one reason Sloan was sold last year for an undisclosed amount to Chinese investors. It's part of a trend. Jane Wells reports for CNBC. 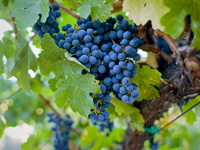 Wine imports to China are reportedly up 200 percent in five years.
July 3, 2012 -- Silenus Vintner touts itself as "the first Napa Winery to be acquired by a Chinese-American company." The company plans to "create a winery in Mainland China" to sell homegrown wines in China "along with premium Napa wines." And last week, the Napa Valley Register reported Bialla Vineyards was sold "to an unidentified Hong Kong buyer for $3.2 million in cash." "The Chinese are the last of many, many waves of foreign buyers that have come to California," says David Freed, Chairman of the Silverado Group, which owns and operates vineyards in the Napa area. "One of the good reasons to invest in the California wine industry, in particular, is its longevity, its brand, and its worldwide reputation," says Rob McMillan, founder of Silicon Valley Bank's wine division. At a recent Napa wine auction, Chinese nationals bid against American wine lovers â€” including Mark Zuckerberg's parents, Ed and Karen â€” spending tens of thousands of dollars, sometimes more, on lots of premium wine. "This is actually my third time coming to the Napa Valley Auction," says Jeffrey Zee, a Shanghai architect. He thinks Napa wines pair well with Chinese cuisine, but he admits many of his countrymen still prefer French wines. "Napa is still...a beginner in terms of the wine acceptance from Chinese customers." Victor Chan is a private investor from Hong Kong who came to the auction. "If the Chinese economy is not on a soft landing, then money should keep coming into California wine, just like what happened to the French wine and the art world." Zelock Chow distributes Napa wines from his store in Shanghai, and he says business has grown 300 percent from its small start five years ago. "It's kind of funny, because a lot of (Chinese wine drinkers) don't understand wine," he says. "It's more about the lifestyle and the trappings and all." However, he says Chinese investors aren't completely blinded by romance when it comes to buying wineries. "They want it to be generating a positive cash flow, which is very tough over here. You're going to have to pay a big premium for that," he says. "So I think that's scaring them off a bit." At the same time Chinese investors are coming to Napa, Napa has been going to China. During the recession, California winemakers started marking several trips abroad to open up new markets. They especially focused on going after Chinaâ€™s emerging middle- and upper-classes. "Right now we happen to have a group of 20 wineries who are working in Hong Kong, and last month we had 40 wineries working in mainland China," says Linda Reiff, executive director of the Napa Valley Vintners Association. "The market is on fire." Wine imports to China are up 200 percent in five years, says Rabobank, a bank that specializes in providing financial services to farmers and ranchers, among others. "Wine is well-positioned for the future." Bruce Cakebread of Cakebread Cellars recently returned from a trip to China. He showed off a business card printed in English on one side, Mandarin on the other. "We see that the China wine consumer is learning more and more about wines," he tells CNBC. "We think that this is pretty exciting." Chinese wine drinkers have traditionally favored reds, but that is changing, Cakebread says. "We're also seeing some of the young Chinese wine drinkers also being interested in white wines like Sauvignon Blanc and Chardonnay and Riesling." The interest from China comes at a time when American wine lovers may see Napa prices rise. Thereâ€™s been a smaller than expected crop over the last two years, and some winemakers predict there could be a shortage of wine for as many as five years. Rob McMillan of Silicon Valley Bank says farmers slowed down planting during the recession and now demand has returned. "We need to probably plant something around four or five percent minimum a year to keep up with growing demand and replenishment of vines," he says. "We haven't been doing that for some time." With Chinese interest only enhancing values, does this make Napa wine a better investment now? McMillan isn't so sure. "The best way to invest in wine is probably to drink it."