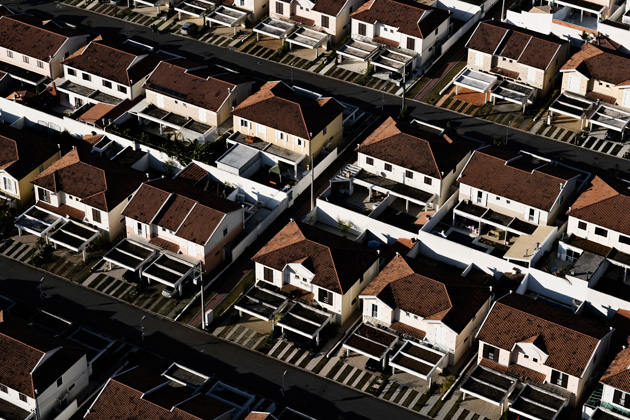 The Chinese are the fastest-growing group of foreign buyers of U.S. homes.

They are increasingly rich, hungry for the good things this country has to offer, buying high-end homes, and donâ€™t mind paying huge amounts of cash upfront to get them without going into debt. If you donâ€™t think this reads like a typical American story today, youâ€™re rightâ€”these new homeowners are Chinese living in the U.S. Michael Dolgow reports for Bloomberg Businessweek. July 29, 2012 -- For a housing market just starting its recovery, foreign investment in U.S. residential real estate has been a bright spot, and thereâ€™s no sign of the trend letting up. According to data released last month by the National Association of Realtors, non-U.S. buyers accounted for $82.5 billion in residential property sales in the 12 months ended March 2012. Chinese purchasers made up 11 percent of this total, while Canadians continued to represent the largest swath at 24 percent. Perhaps even more striking is the fact that 27 percent of Realtors surveyed by the NAR reported working with international clients in the last year. Along with China and Canada, buyers from countries including Mexico, India, and the U.K. combined to make up 55 percent of purchases from abroadâ€”mainly concentrated in Florida, Texas, Arizona, California, and New York. The fastest growth in recent years is among Chinese buyers. The global interest is driven by several different factors, yet for the Chinese in particular, the chance to get their children into top universities is probably the largest motivation. To Chinese parents, the opportunity provides proof that their years of effort have paid off. â€œThe Chinese work very hardâ€”itâ€™s part of their culture,â€ says Cathy Zhao, a real estate broker in Maryland who has served many wealthy Chinese clients. â€œFor them, the most important thing is education, and with prices being very low as they are, they see a chance to get near a good school.â€ And once here, most international buyers want to stay, Zhao adds, because their chance of a better-paying job is still better in the U.S. than back home. The chance to earn a prestigious degree is not the only reason Chinese buyers find the U.S. market increasingly appealing. â€œThere is an increasing number of wealthy Chinese who are buying in the U.S. to diversify their portfolio,â€ says NAR economist Jed Smith, who helped compile the annual survey. â€œEven with the rally in recent months, homes here still look very good from an investment point of view.â€ Unlike Japanese corporations in the 1980s, which bought at the top of the market in their quest for big-name commercial properties, the Chinese are more interested in good deals. With residential real estate prices still almost a third less than they were at their peak in 2007, itâ€™s a strategy that may well pay off if job growth returns and triggers a rally in the housing market, according to Smith. Last year the average price of a foreign-purchased U.S. home was more than $400,000, which is double the national averageâ€”so the search for good value might only extend so far. That high figure becomes even more impressive when one considers that buyers from abroad often lack credit scores and access to mortgages, and frequently opt to pay the whole price upfront. â€œ[S]ales transactions can often be completed quickly as many Chinese purchasers prefer all-cash deals,â€ Pamela Liebman, president and chief executive officer of the Corcoran Group, a New York real estate firm, writes in an e-mail. Liebman also says that her company has serviced more Chinese clients this year than at any time in the past, and that their interest is not just in residential real estate but in commercial property as well. Sixty-two percent of purchases by foreign buyers last year were in cash, according to the NAR. Zhao says many of the deals are for very large homes, capable of supporting several generations under one roof, which is a preference for affluent families. Foreign buyers still make up a small part of all U.S. sales, accounting for just 4.8 percent of the total dollar amount in the last year. While in relative terms this represents an increase, the numbers will probably not spur a nationwide real estate recovery. â€œIn a market the size of New York, it would take a substantial influx of any one buyer group to significantly affect market prices,â€ writes Liebman of Corcoran. â€œThe number of Chinese purchasers of New York real estate has not reached the critical mass it would require to impact prices.â€ Itâ€™s a point echoed by Smith of the NAR. â€œThe only thing that will really get the market back to where it was is jobs. Really itâ€™s all about jobs in the end,â€ he says. That may be true, but the pattern of recent years might allow Americans to take some solace in the fact that their country is still top of the list when it comes to places where individuals from around the world want to live and learn.