Meet the Chinese billionaires with Australia in their sights 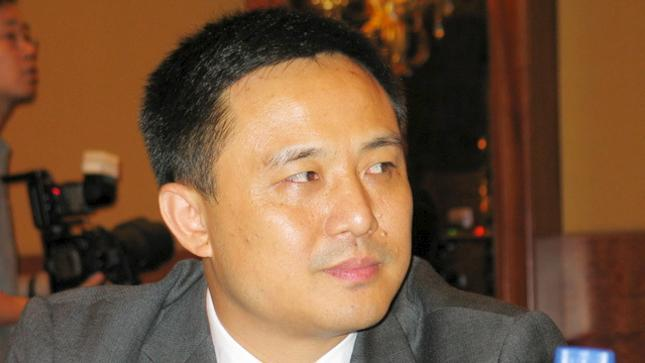 Zeng Wei, who fought it out with Australiaâ€™s wealth elite over his $32 million Point Piper property in Sydney, is one of the few Chinese whose forays into Australia have hit the headlines.

Colleen Ryan reports for The Australian Financial Review. July 27, 2012 -- Zeng Weiâ€™s house in Sydneyâ€™s exclusive suburb of Point Piper is now a tourist attraction â€“ it rates its own drive-by for one of the popular bus tours frequented by Chinese travellers. There are two reasons for this. The first is that Zeng is one of Chinaâ€™s most successful princelings â€“ the son of a high-level cadre who has leveraged off his connections to become a multi-millionaire businessman. His father is Zeng Qinghong, a top Communist Party cadre and former Beijing kingmaker (think Graham Richardson and the Labor Party of the 1990s) who is credited with brokering the deal that saw Xi Jinping catapulted into pole position in the race to become the next president of the most populous nation on earth. The second reason is that Zeng spent $32 million on the historic Craig y Mor on Wolseley Road, Point Piper (once the home of disgraced stockbroker, the late Rene Rivkin) and then promptly lodged an application with council to have it pulled down and replaced with a brand new $5 million mansion. The neighboursâ€™ emotional petitions to council fell on deaf ears. Zeng has won. Craig y Mor is due to be demolished. 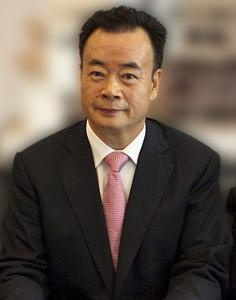 Property developer Chau Chak Wing has a penchant for playing in the political space in Australia via his philanthropy. Source: UTS

Zeng is one of the few Chinese whose forays into Australia have hit the headlines. Chau Chak Wing is another â€“ thanks to his philanthropy and a penchant for playing in the political space here via large donations. His daughter, Winky Chow, worked as a policy adviser for a NSW Labor Premier, Morris Iemma, then joined him in his consultancy after he left power. Now she heads up her familyâ€™s newspaper business here. (Chau owns the New Express Daily, one of the biggest-circulation Chinese language newspapers in Australia.) Chau has donated more than $2 million to Australian political parties over the past decade and more recently donated $20 million towards the extraordinary Frank Gehry-designed building now under construction for the University of Technology in Sydney. The building, destined to become a Sydney landmark, will carry Chauâ€™s name â€“ that of a Guangzhou-based property developer who is estimated to have assets of $US1.5 billion and whose son Eric studied architecture at the institution. Chau is an A-grade schmoozer. He has made a practice of entertaining some of Australiaâ€™s top politicians at his luxurious home in Conghua, just north of Guangzhou, which boasts a 6000-square-metre museum, shaped like an ancient bronze cauldron, housing more than 20,000 Chinese treasures. It also has a 1000-seat auditorium and several villas, one a presi-dential villa awaiting the arrival of a real president one day. Former Australian prime ministers John Howard, Bob Hawke and Kevin Rudd have visited the estate, as has Treasurer Wayne Swan. Chau is a generous host â€“ he paid for trips to China for Rudd, Swan and Stephen Smith when they were in opposition. And Chau is close to the current foreign minister, Bob Carr, who told The Sydney Morning Herald last year that Australian leaders were keen to meet Chau because he was so well connected in China. â€œAustralian political leaders would be barking mad if they didnâ€™t take advantage of that,â€ Carr said. Chau is sufficiently well disposed to this country that he has become an Australian citizen. So, too, has mining tycoon William Han, who recently purchased Lindeman Island off the north Queensland coast for an estimated $12 million, outbidding rival Clive Palmer. There are several Chinese billionaires on the Hurun Rich List (Chinaâ€™s equivalent to the annual BRW Rich List) who either hold Australian citizenship, have significant private investments here or have sought an Australian education for themselves or their children. They include some pretty heavy hitters. For example, Xu Rongmao, who is a legend of the Chinese property industry as the founder of the Shanghai-based Shimao Group, and the 31st richest person in China, worth an estimated $4.1 billion. Xu has been investing in Sydney and Darwin property since the 1990s. He is an Australian citizen and educated both his children here. In the past, Xu has been a generous donor to the Labor Party in NSW. 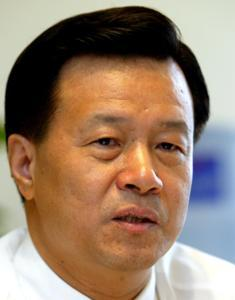 Worth an estimated $4.1 billion, Chinese property industry legend Xu Rongmao has been investing in Sydney and Darwin since the 1990s. 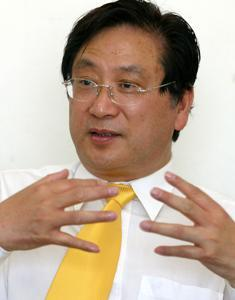 Ye Lipei holds Australian citizenship and ranks No. 48 among Chinaâ€™s rich, with estimated wealth of $2.8 billion. 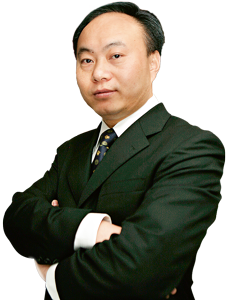 Suntech founder Shi Zhengrong studied for his PhD in Australia, has citizenship and keeps an apartment on the harbour at Sydneyâ€™s Kirribilli. Photo: Sasha Woolley 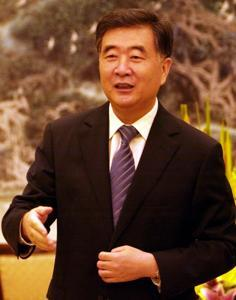 Wang Yang, the secretary of the Communist Partyâ€™s Guangdong committee, is a member of the Politburo and a hot tip to be appointed in October to the nine-member standing committee at the pinnacle of Chinaâ€™s Communist Party government.

But the A-list of the Chinese business community was on display at Sydneyâ€™s Intercontinental Hotel in June when NSW Premier Barry Oâ€™Farrell hosted a state banquet for Wang Yang, the secretary of the Communist Partyâ€™s Guangdong committee. Wang is a member of the Politburo and a hot tip to be appointed in October to the nine-member standing committee at the pinnacle of Chinaâ€™s Communist Party government. Wang is a rising star and put in a much-praised performance at the Intercontinental lunch. â€œIf it had been an electoral contest that day [between Oâ€™Farrell and Wang], NSW would have had a new premier,â€ said an executive at the lunch who was impressed by Wangâ€™s charm and ability to hold an audience. And it was quite an audience. Seated at the top table with Wang was Chau Chak Wing. (Chau also visited the site of the new Frank Gehry-designed UTS building while he was in town and signed a formal agreement to donate a further $5 million to the university for scholarship endowments. Anthony Albanese, federal Minister for Infrastructure and Transport, accompanied Chau to the building site.). Back at the Wang Yang lunch, Han Ruixiang of ICBC and Hu Shanjun of Bank of China were there, along with Cunliang Lai from Yancoal. Li Yongfeng from CNOOC flew in from Perth for the occasion. Other A-listers included Li Ying from SinoSteel, Hua Dongyi from CITIC and Zhang Zhiming from Shenhua. But there is a relatively new phenomenon in Chinese networking focused on a group of mainland Chinese working in the private sector who are more committed to a long-term career in Australia. Some are here managing family money; others work with the big accounting and law firms or have set up their own mini investment banks. They are carving out careers via their China connections. There have been proposals floated, particularly in Melbourne, for new associations. A China club, perhaps, or a new private-sector oriented Chinese chamber of commerce. None has got off the ground yet but there is a lot of interest. 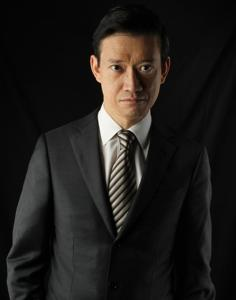 Jason Chang is one example of the new network. Chang was educated at Monash University and rose through the accounting profession to head up KPMG Australiaâ€™s China practice. He is president of the Australia China Business Council in Victoria, lives in Melbourne but keeps a residence in Beijing and visits there at least once a month. Last year he joined forces with mining executive Owen Hegarty to form EMR Capital, a private equity investment manager specialising in energy and natural resources with deep links to Asia. Chang sees lots of opportunities ahead â€“ mainly because the China expertise here is still so thin on the ground. â€œAustralia still does not have an Asia-capable work force,â€ Chang says. â€œIt is not just about being fluent in Mandarin. How many Australian executives or advisers have actually sat across the table from, and negotiated with, a state-owned enterprise? Very few. They just donâ€™t know the psyche.â€ Xu Hanjing is another to watch and he does know how to deal with SOEs. Xu was an up and coming executive with the massive Chinese state-owned enterprise, China National Non Ferrous Metals, when he met up with two Macquarie bankers, Nick Curtis and Jake Klein on a business trip to Australia in the 1990s. The three joined forces to found Sino Gold, which was Australiaâ€™s most successful resource development in China. It was sold to Canadaâ€™s Eldorado for $1.9 billion in 2009. Xu is now based in Sydney working with Curtisâ€™s investment advisory firm Riverstone Advisory â€“ the Beijing office of Riverstone is headed by Geoff Raby, Australiaâ€™s former ambassador to China. Xu says Australian companies and, to an extent, the government, lack the theoretical research necessary to understand the different behaviours and the different motivations behind Chinaâ€™s state-owned enterprises and of the executives who control them. â€œThey need to know who they are dealing with and why they [the SOE executives] behave differently. China has been a market economy for a very short time; it has to be given time to mature. Equally Australian companies [dealing with Chinese] need to clearly explain their motivations as well.â€ Xu used the analogy of a car, in a recent speech in Beijing,to describe large multinational companies operating out of China: â€œWhen a country has no cars, there is no need for traffic rules. When cars start to come into the country, traffic rules will soon be established because the price of having no rules is too great. China, in joining the WTO and opening up the market to the commodity manufacturing industry, is like bringing in cars, while embracing international traffic rules in the country. Therefore, the Chinese manufacturing industry took off.â€ However, Xu says that China has still been hesitant to open to the outside world for investment reform. â€œChina has made no serious commitment to establish international rules and has not brought in global mining companies.â€ Xu and Chang are standout examples of the new China force in Australia, and there are plenty of young mainland Chinese executives coming up behind them. Historically, the resources trade has been the main focus for their interest here, but the expansion has begun into property, banking, tourism, health, education and agriculture. It is likely that in a decade or so we will look back on this period as being just the first baby steps taken in the development of deep Australia-China ties.