By Juwai, 07 August 2012
Sales of Australian hotels to offshore buyers set a record in the first half as Asian companies including Shangri-La Asia Ltd., Starhill Real Estate Investment Trust and Langham Hospitality Group were lured by rising occupancy and room rates. Nichola Saminather reports for Bloomberg. 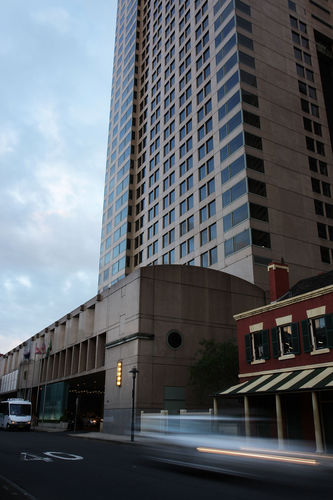 A view of the Shangri-La Hotel in the Rocks district in Sydney, Australia. Photograph: Lisa Maree Williams/Getty Images

August 6, 2012 -- Companies outside of Australia accounted for A$990 million ($1 billion) of the purchases, or 90 percent, through June 30, according to Jones Lang LaSalle Inc. Thatâ€™s the highest first-half volume and percentage of the total since the Chicago-based broker began compiling comparable data in 2002. Hong Kong and Malaysian companies were the most active buyers. The biggest resources boom in a century is boosting mining-related business travel to the biggest cities, where companies such as BHP Billiton Ltd. are based, while the Chinese are leading a pickup in tourism. Investors are preferring to buy rather than build as construction costs rise, said Craig Collins, chief executive officer for Australasia at Jones Lang LaSalleâ€™s hotel unit. Thatâ€™s limiting the supply of new rooms. â€œThere are generally very few opportunities to gain a foothold in capital-city markets, so when they come up, the buyers pounce,â€ Collins said in an interview in Sydney. â€œWhen the cost to build is higher than the cost to buy, itâ€™s a good barometer for the buyers.â€ Sellers include companies seeking to divest noncore assets, such as Mirvac Group, which in December agreed to offload its hotel business, and real estate funds exiting properties as their investment terms end, including Colonial First State Global Asset Management.

Shangri-La on June 22 said it bought the five-star Shangri-La Hotel in Sydney for A$330 million, following the same week with the acquisition of the Holiday Inn in Brisbane for A$48 million. The purchase of the 563-room Sydney property overlooking the cityâ€™s Opera House and Harbour Bridge gave the Hong Kong-based group ownership of the hotel it already managed for the Government of Singapore Investment Corp. The 191-room central Brisbane hotel, which Shangri-La will begin operating this month, allows it to introduce the four-star Traders Hotel brand in Australia, it said on June 27. Shangri-La, which already holds a majority stake in the Marina Hotel in Cairns in northern Queensland, will expand in Australia following the Sydney and Brisbane purchases, spokeswoman Vivienne Gan said in an e-mailed response to questions. The nation is the companyâ€™s third-largest market following China and the U.S., she said. â€œWeâ€™re very optimistic about the hotel industry in Australia,â€ said Gan. â€œThe economy is strong, and there is an upward trend in domestic and international travel.â€

The number of overseas visitors to Australia rose a seasonally-adjusted 8.1 percent in June to 515,100 from a year ago, statistics bureau data show. Visitors from China and Japan were among groups leading the increase in the six months to June 30, according to Tourism Australia. The proportion of visitors from China may rise to 13.3 percent of tourist arrivals by 2014 from 6.4 percent in 2011, according to a report in May by Deloitte Access Economics. Australia, which avoided the 2009 global contraction after the government boosted spending and the central bank lowered interest rates, is in its third decade without a recession. Reserve Bank of Australia Governor Glenn Stevens lowered the benchmark interest rate by a combined 75 basis points in May and June to help insulate the economy from the European debt crisis, before pausing in July citing stronger domestic growth. The nation expanded at the fastest annual pace in the developed world in the first quarter and has some A$500 billion of resource investment projects in the pipeline, according to government estimates.

Sydney had the highest hotel occupancy rate among major Australian cities this year through June 30, at 84.5 percent, according to Jones Lang LaSalle. Melbourne and Perth had occupancy rates of 80.4 percent, with Brisbane at 78.5 percent. The rates compared with 80 percent in New York, 78.9 percent in London and 73.3 percent in Tokyo, according to Jones Lang LaSalle. The average daily room rate in Sydney was $213, compared with $231 in New York, $210 in London and $261 in Tokyo, according to conversions of Jones Lang LaSalle figures to U.S. dollars as of June 30 exchange rates. Procuring materials, equipment and workers is becoming more difficult for builders as the resources industry pushes costs higher, the Australian Industry Group, which represents businesses, said in its Construction Outlook report in May.

Input costs, which have risen for 82 months, climbed 4.9 points to 73.7 in June from May, the Housing Industry Association-AI Groupâ€™s Performance of Construction Index shows. Construction wages climbed 4.2 percent in the March quarter from a year earlier, according to statistics bureau figures. Sales to offshore groups were A$347 million in the first half of 2011, Jones Lang LaSalle Hotels said. The second-highest amount in the past decade was A$526 million in the first six months of 2010, when such sales accounted for 84 percent of transactions. First-half sales to both local and foreign groups was the most since 2007, when A$1.2 billion worth of properties were sold, it said. â€œAs long as youâ€™re acquiring an asset at a reasonable price, youâ€™ll have the benefit of good returns from operations, in addition to an upside in the capital value,â€ Rutger Smits, director at hospitality consultancy AHS Advisory, said in Sydney. â€œThe capital required to buy these assets is more readily available with overseas investors than Australians.â€ Australian banks have cut lending to commercial property by 15 percent since a 2009 peak, the nationâ€™s central bank said in its Financial Stability Review in March.

YTL Corp.-managed Starhill agreed to buy the Sydney, Brisbane and Melbourne Marriott hotels from Colonial First State Global Asset Management on June 13 for A$415 million. The Malaysian property trust gained 1,016 guest rooms in the centers of Australiaâ€™s biggest cities, â€œeach benefiting from excellent hotel-market fundamentals and strong historic trading performance,â€ Starhill said in a statement to the Kuala Lumpur stock exchange. Hotel-room demand across Australia is expected to climb 2.3 percent a year, while room nights available will rise 0.7 percent, the Deloitte Access Economics report said. This will raise revenue-per-available-room, a measure of occupancy and rates, by an average 5.5 percent a year over the next three years, the figures show. Hong Kong-based Langham agreed to buy the 75-room, 21-suite Observatory Hotel in central Sydney from New York-listed Orient-Express Hotels Ltd. in June. Langham acquired the property --the top hotel in Australia in Conde Nast Travelerâ€™s 2012 Gold List - - at about half its replacement value even with competition from other global groups, said Brett Butcher, chief executive officer of Langham.

The price, which Butcher declined to reveal, gives Langham a â€œgood base of return on the investment weâ€™ve made, so eventually, the capital gain on that hotel would be quite significant,â€ he said. â€œWe can use this as a springboard to look at management opportunities or even further investments.â€ Occupancy rates across Australia are expected to climb to 68 percent by the end of 2014, the highest rate seen in decades, from 65 percent now, Deloitte figures show. This will range from 60 percent in regional Australia to as high as 89 percent in Perth and 88 percent in Sydney, it said. The transactions this year followed an agreement by Mirvac in December to sell its hotel management business to a partnership of Ascendas Pte and Accor Asia Pacific. Mirvacâ€™s hotels, many at the top end of the market, complemented Accorâ€™s existing mid-market and budget offerings in Australia, Simon McGrath, Paris-based Accorâ€™s Australian CEO, said in an interview in Sydney.

â€œWeâ€™ll continue to look for acquisitions; weâ€™ll continue to look for management contracts,â€ McGrath said. Ascendas included the hotels in its Ascendas Hospitality Trust, which began trading on the Singapore stock exchange on July 27. McGrath declined to comment on the listing. Investors are increasingly entering Australia â€œboots and all, by securing both property assets and management rights,â€Michael Thomson, national director for hotels and leisure at broker Colliers International, said in a release on July 19.â€œWe are expecting to see hotel sales volumes for 2012 achieve levels not seen in Australia in several years.â€