By Juwai, 10 August 2012
Two major Chinese investors are in due diligence to buy the five-star Palazzo Versace Hotel on the Gold Coast in what is shaping up as the most keenly anticipated hotel transaction of the year. Lisa Allen reports for The Australian. 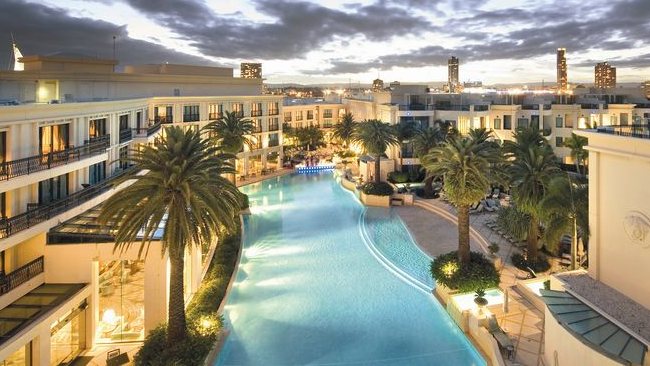 The five-star Palazzo Versace Hotel on the Gold Coast

August 9, 2012 -- The Chinese investors, one of which is believed to be a major hotel operator, have been locked in due diligence for the past few weeks. About $80 million is expected for the 200-suite luxury resort hotel, which is being sold by its developer and owner, the listed Sunland Group, because it wants to concentrate on residential property development on the east coast. The timing of the Chinese buyers is excellent, given leisure arrivals from China continue to grow at record levels, no doubt encouraged by a new Tourism Australia campaign released in Shanghai in June. Australian Bureau of Statistics figures released last Friday show Chinese arrivals rose a record 19.4 per cent in June and 16.7 per cent for the financial year, to 583,200. The figures cement China's position as Australia's third-largest inbound market in terms of arrivals. China is closing in on the 597,000 arrivals from Britain, Australia's second-biggest market. Chinese, Singaporean and Malaysian investors have been targeting Australian hotels and resorts all year. William Han, chairman of the White Horse group, which controls China's cable golf network, acquired Lindeman Island off Airlie Beach for $12m earlier this year. Mr Han has told The Australian that it could take him up to two years to work out how to redevelop the resort island, which until earlier this year was controlled by Club Med. Mr Han is also known to have inspected the Palazzo Versace but decided against proceeding with an acquisition. In the late 90s, Sunland struck an agreement with the Italian design house Versace to develop several Versace branded hotels around the world. Sunland regained full control of the Palazzo Versace hotel on the Gold Coast last October, paving the way for a sale. Sunland managing director Sahba Abedian declined to comment last night, as did Palazzo Versace selling agent Dan McVay of McVay Real Estate.