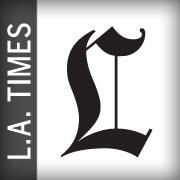 Between 2000 and 2011, Chinese firms invested $1.3 billion in California companies, a new study says. The state could do better by pitching itself better, it says.

Chinese firms have been investing increasing amounts of money in US companies, but California has been experiencing this inflow of investment, closing more deals than any other state.

In just this past year California reportedly received US$560 million in investment, demonstrating the increasing amounts that have been invested over the last few years. Investment projects range from new factories, offices, and other facilities as well as mergers and acquisitions of existing companies in industries such as elctronics, information technology, renewable energy, biotech, and consumer products. From 2000 to 2011, about $1.3 billion of Chinese money flowed into California according to a study released by Rhodium.

Though California has been where the most number of deals have been closed over this 11-year period with 156 transactions, it only places as 5th in terms of total investment, falling behind states such as New York, and Texas.

Read more from this story on Los Angeles Times.