Juwai Quiz: How ready are agents for Chinese New Year 2018?

This makes Chinese New Year – often called Spring Festival in China – as one of the best time for those marketing to the China market leverage, as it's not only one of the peak travel periods for outbound Chinese travellers, but also happens to be prime season for them to property hunt overseas as well.

To see how ready international agents are for the Chinese New Year, we asked 503 real estate agents and property professionals from 45 countries (as of 7 February 2018) to take a short quiz and survey to find out how well they know about this important Chinese festival, and also scope out their expectations for Chinese buyers.

Merely 18% knew how many Chinese travelled abroad during the seven-day Chinese New Year Golden Week last year, while less than 30% knew how much they spent overseas during that period – useful stats that those marketing to Chinese should be aware of.

Nevertheless, most global agents are wising up to the lucrative potential of the Chinese market – 42% of international agents say they expect Chinese buyers to approach them in the run up to and during the Chinese New Year Golden Week, while 31% say maybe.

61% of international agents also expect the 2018 Chinese New Year holiday to be a more productive and busier season for them, compared to 2017.

Find out in our full report here.

Missed out on taking the quiz? Here are the questions and answers for the Juwai Chinese New Year Quiz to give you a quick lowdown on this traditional Chinese holiday. 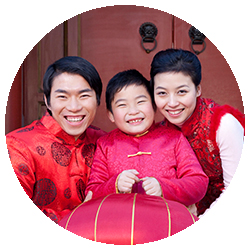 16 February 2018. In general, the date for Chinese New Year varies yearly, as its exact date is determined based on the Chinese lunar calendar – hence the reason why it’s also known as Lunar New Year as well. Despite this, Chinese New Year will always fall between 21 January – 21 February, which is an interesting fact to know. Traditionally, Chinese New Year lasts until the 15th day of the first lunar month of the new year, but the official public holiday allocated for it in China is only for seven days.

#2 Which of the following is the correct Chinese Zodiac sign for 2018 Chinese New Year? 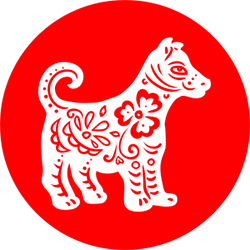 2018 is the Year of the Earth Dog. Each Chinese New Year corresponds with one of the 12 animals represented in the Chinese Zodiac – called ShÄ“ngxiào (ç”Ÿè‚–) – in a rotating cycle in the order of rat, ox, tiger, rabbit, dragon, snake, horse, goat, monkey, rooster, dog, and boar. This Year of the Earth Dog is predicted to be a great year for making money, and looks promising for the real estate, development & construction, banking & financial, and travel industries.

#3 How do Chinese usually celebrate during Chinese New Year? 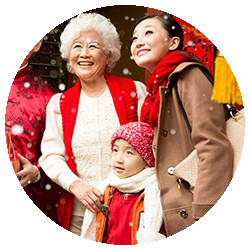 All of the given selections. While Chinese New Year traditions and customs abound, some of the must-do activities to celebrate the Lunar New Year include having a reunion dinner with family, wearing new and brightly-coloured clothes, as well as visiting family and friends during this festive period.

#4 Which of the following lucky foods to eat during Chinese New Year is NOT correct? 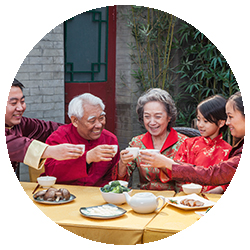 Congee/porridge. According to Chinese belief, eating congee/porridge as breakfast during the first day of Chinese New Year is considered taboo. This is because congee/porridge is considered as a ‘poor man’s food’, so eating this during Chinese New Year could indicate a year of poverty. So, steer clear of eating congee or porridge during this festive holiday. Instead, get feasting on dumplings, long noodles, mandarin oranges, and fish, to name a few of the many lucky foods that you should eat for a prosperous 2018.

#5 How many digital red packets were sent through WeChat during Chinese New Year in 2017? 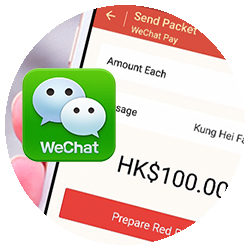 #6 In total, how many Chinese travelled overseas during the 2017 Chinese New Year Golden Week holiday? 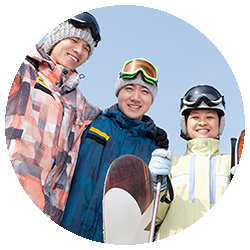 Around 6 million. To be exact, it was 6.15 million Chinese who jetted abroad in just seven days during the Lunar New Year holiday between 27 January and 2 February last year – a 7.7% increase from the same period in 2016.1 According to Chinese travel portal Tuniu.com, these 6.15 million Chinese visited 1,254 overseas destinations across 85 countries and regions.3

#7 How much did Chinese spend during their Chinese New Year travels abroad in 2017? 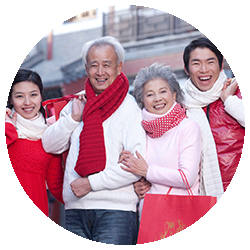 Around 100 billion yuan, which amounts to roughly $14.5 billion at that time.2, 3 That’s close to 11% up from the 90 billion yuan ($13.3 billion) spent during the 2016 Chinese new Year holidays.4 Chinese are big spenders when travelling overseas, and typically outspend tourists from other countries. In fact, Ctrip data shows Chinese outbound tourists lavished 2,174 pounds ($2,721) per person in the UK just on shopping alone – 3.5 times more than travellers from any other countries during that holiday period.3