Chinese buyersâ€™ interest in Australian properties is picking up again as the country goes through worst property slump in a generation. 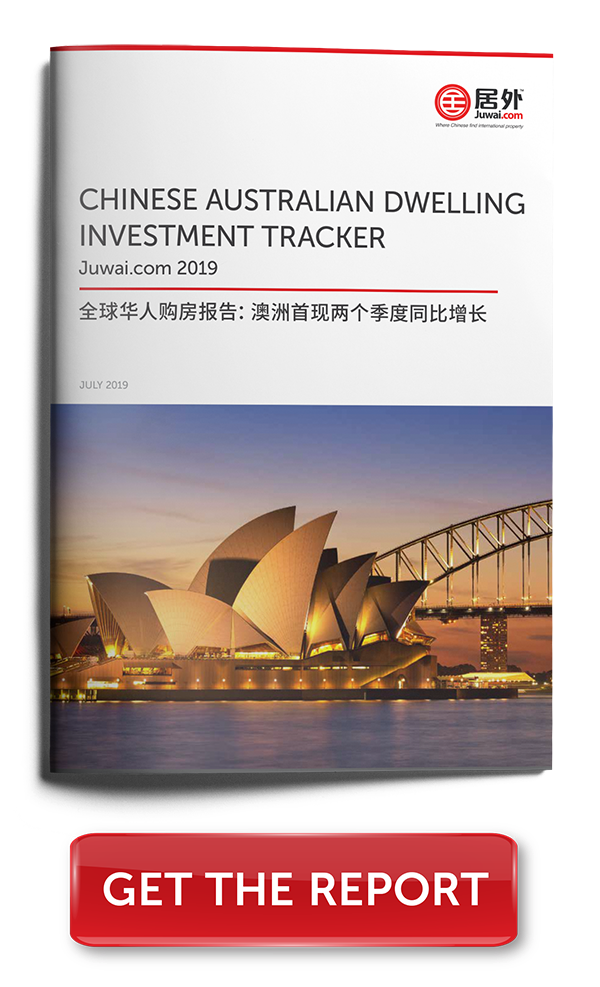 Chinese buyers have been snapping up Australian assets from mines to farms since the turn of the century. Attention then increasingly turned towards real estate as they found living conditions and the cleaner environment more appealing compared to polluted conditions back home. A surge in Chinese students attending university in Australia also saw Chinese parents investing in homes to accommodate their children.


As Chinese went on an acquisition spree, snapping up apartments and harbourside mansions, it soon contributed to an east coast property boom that was further fuelled by limited supply, rapid population growth and low interest rates. Major housing markets saw prices hitting the roof, soaring by more than 50 per cent in the few short years leading to 2017 when the bubble burst.1 Since then, year-on-year, prices in both Sydney and Melbourne have slumped by more than nine per cent, according to a news.au.com report. 2


Analysts attributed the fall in house prices to stricter lending standards introduced by the financial regulator Apra and tougher measures by the banking royal commission to address widespread misconduct in the property sector. Adding to this was tighter capital controls from Beijing, limiting the amount of money Chinese companies and individuals could shift out of the mainland.


As a result, Chinese demand for Australian residential property tanked in 2017 and enquiries about Australian properties subsequently dropped by as much as 20 per cent in early 2018, according to a Juwai.comâ€™s 2019 Chinese Australian Dwelling Investment Tracker report. However, in the final quarter of 2018, Juwai.com noted a sudden surge in enquiries, recording a jump of 58.1 per cent, compared to the same period a year earlier, hinting that buying interest may have renewed.

A stronger yuan versus the Australian dollar is a big draw. Since last July, the Australian dollar has lost 11.1 per cent of its value against the Chinese yuan. This could incentivise Chinese buyers who feel that Australian properties are now priced at a â€˜discountedâ€™ level, against the true value of the property, making them attractive bargain investments. A Chinese buyer today would need AUD88,800 less in funds compared to 2017 to purchase an AUD800,000 property, stated Juwai.com.


Australia is also deemed to offer a better quality of life for the Chinese. Three Australian cities feature in the top 10 of the 2018 Economist Intelligence Unitâ€™s list of the world's most liveable cities.3 In the list, Melbourne ranks second, Sydney fifth and Adelaide tenth. This underlines the high quality of life on offer in the country â€“ an important driver of mainland Chinese immigration, tourism, and education. These rankings also impact property investment because home buyers believe that real estate in highly liveable cities is more likely to gain value over the medium and long terms.


Mainland Chinese also make up 38 per cent of the foreign student body in Australia. Experts believe Australia will soon bypass the UK to rank as the second most popular destination for students studying abroad, behind the US. Chinese students are attracted to Australia due to its reputation for quality education, easy admissions, availability of two- to four-year post study work visas and proximity and close time zones to China.


Chinese buyers of overseas properties tend to invest where their children study. Demand for housing to accommodate foreign students is thus expected to rise as more Chinese opt to study in Australia, shunning uncertainties that have made student visas and applications more difficult in the US due to trade war tensions.


Which Australian cities are most attractive to Chinese buyers


Melbourne headed the list for demand, followed by Sydney and then Brisbane, Adelaide and Perth according to Juwai.com. The cities with fastest growing buyer interest are Hobart, Brisbane and Canberra.


Melbourne is favoured over Sydney in terms of lifestyle and prices. Its foreign buyer stamp duty at seven per cent is one point lower than the New South Wales equivalent. Sydney, meanwhile, attracts Chinese buyers with its iconic landmarks such as the harbour, Harbour Bridge, Opera House and Bondi Beach. The interest in Brisbane is driven by families with children who are studying in the city.


Chinese buyers can spot a plummeting market just as well as anyone else. They too want to avoid overpaying at a time of falling prices. As such, many Chinese buyers may adopt a wait-and-see position before making acquisitions in 2019.

â€œOur core case is that Chinese buying will be stable this year. We have to accept, however, that if the market's downward spiral accelerates, we may actually see levels of Chinese buying decline in 2019 compared to 2018,â€ said Juwai.comâ€™s CEO, Carrie Law.

Law said the recent quarters of slow recovery could herald the light at the end of the tunnel for Chinese residential property investment in Australia.

â€œWeâ€™re not there yet, but the trend of the past 15 months suggests that Chinese buying will come back to more substantial levels.


â€œThis year, we expect Chinese buyers to continue to focus their demand on new apartments and house and land packages. Outer suburbs where new estates are going up are stealing buyers away from more traditional inner-city locations. Where developers or third parties can provide financing, demand is likely to follow,â€ she concluded.


Like this report? Sign in now to download the 2019 Chinese Australian Dwelling Investment Tracker report and read why Chinaâ€™s love affair with Australian properties will continue.