The Chinese art of tea

While tea is arguably one of the most popular drinks in the world, the Chinese’ love for tea is unrivalled by far.

After all, Chinese tea is a culture with a history long steeped in China.

Legend says the first cup of tea in the world was accidentally discovered by one of the three founding fathers of Chinese culture, Emperor Shennong in 2737 BCE. The fortuitous discovery happened as he was resting under a tree while on an expedition with his army.

As a servant was boiling water for him to drink, some dried leaves fell into the boiling water and infused it to become fragrant tea. Upon consuming it, Emperor Shennong felt rejuvenated and thus, tea came into existence.

Understanding the Chinese love of tea

Unlike in the West, where people tend to drink tea just once of twice a day, most Chinese drink tea all day. In fact, Chinese tea is the beverage of choice for most Chinese!

Today, Chinese tea is so profoundly ingrained in Chinese culture that it can be used in a way to show respect, seek apology, and even convey gratitude and filial piety.

Here are some unique Chinese tea customs to demonstrate their abiding passion for tea – some of which have spanned generations and remain widely practiced till today:

Interestingly enough, an old and unique Southern Chinese – particularly Cantonese – tea etiquette dictates you should lightly tap the tabletop with 2 fingers (usually the index and middle finger) or lightly knock the table twice with your knuckles if someone pours you a cup of tea.

Considered a gesture of silent thanks, this custom is said to originate from the time of Qing Dynasty’s Emperor Qianlong, who used to travel incognito around China to better understand his subjects.

On one of his secret excursions, he poured a cup of tea for his retainers – a great honour that was practically unheard of in those times. The retainers, who couldn’t do a customary kowtow of gratitude without revealing the true identity of the Emperor, then tapped their fingers on the table as a representation of a bow to convey their gratitude to the Emperor.

Nowadays, this custom prevails due to the practicality of the two-finger tap, and has been picked up in other parts of China as well. Not only does it allows people to say thank you without interrupting a conversation, but it also allows one to convey their thanks within a boisterous environment – as is the norm in most Chinese restaurants – instead of shouting to be heard above the noise.

What does Chinese tea have to do with you (international agents)? 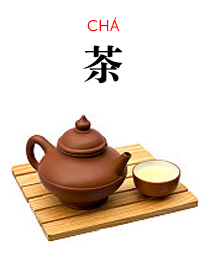 Success with Chinese buyers comes from understanding their culture, and what better way to start than with Chinese tea?

Tea to the Chinese is just as wine is to the French. It's more than just a favourite beverage – it's a way of life.

Suppose you’re hoping to cultivate a better guanxi with your Chinese buyers…Chinese tea could be an ideal way to improve your relationship with them.

Meeting them for the first time? Give them a small welcome gift of quality tea or a specialty tea local to your area as a token of appreciation.

Not only does it convey your sincerity, but it also denotes your effort in understanding their culture.

Click here to learn the top 5 gifts to give – and NEVER give – to Chinese!

Taking them out for a meal? Be sure to always pour tea for them throughout the meal. This simple act can say more than you think, as it signifies you are giving face and showing deference to them.

And if your Chinese buyer returns the favour, don’t forget to try the two-finger tap. Who knows? They may be so impressed that they may even enquire how you know this Chinese tea custom!

NOTE: Do use the Chinese finger tap at your own discretion – if you’re in a formal situation or in a quiet environment, a verbal “thank you” will be more appropriate and better appreciated.

That said, after all we’ve shared today, have you begun to understand the Chinese art of tea yet?