How to best greet Chinese buyers for the Lunar New Year

Chinese New Year is around the corner. If you haven’t had the chance to impress your corporate recipients during Christmas, now is the time to redeem yourself and make that ultimate impression.

What is Chinese New Year?

Chinese New Year, also known as the Spring Festival or Lunar New Year is the most anticipated and celebrated festival in the Chinese calendar. This period is also called "Golden Week" in China because people have a week off to reunite with families and take trips.

The festival is also a significant event not only in mainland China, Hong Kong and Taiwan, but it is also celebrated widely in areas with major Chinese diasporas, such as Singapore and Malaysia. The date of the festival is dictated by the Chinese lunisolar calendar and can therefore fall anywhere between January 21 and February 20.

The Chinese calendar also included the Chinese zodiac, the cycle of 12 stations or “signs” along the apparent path of the sun through the cosmos. Each new year is marked by the characteristics of one of the 12 zodiac animals: the rat, ox, tiger, rabbit, dragon, snake, horse, sheep, monkey, rooster, dog and pig. The celebrations officially culminate on the 15th day of the festivities, with an event known as the Lantern Festival. However, normal business will typically resume by day eight – an auspicious number in Chinese culture.

How important is Chinese New Year for business?

As China’s influence on the international stage grows in prominence, the festival now has an ever-larger effect internationally – particularly for those doing business in, or with, China. Although the Gregorian calendar has been in widespread use in official and unofficial capacities for some time, specific dates on the Chinese Lunar calendar still hold importance and are considered more "auspicious" or "prosperous". Hence, it is essential to adapt sales pitches that speak to Chinese values. Understanding Chinese business etiquette, rules and taboos will also greatly help in forging a better relationship with Chinese buyers.

The Year of the Rat 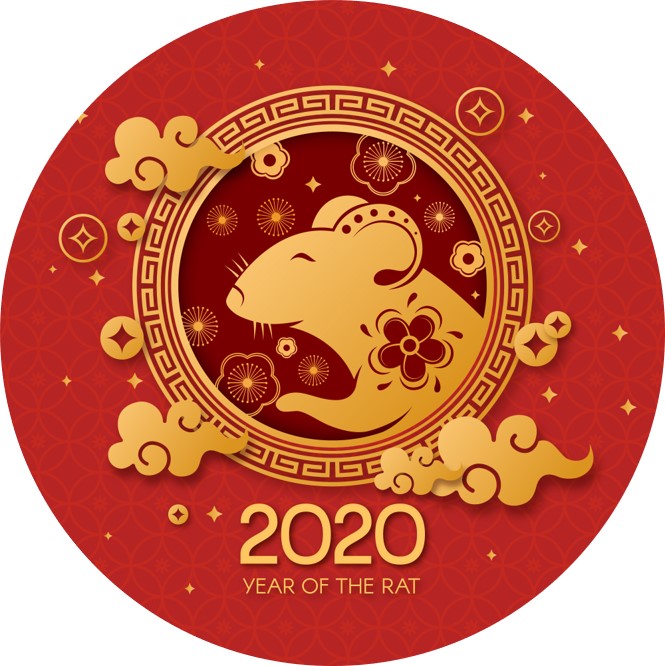 January 25, 2020 will mark the first day of the Year of the Rat and the start of the Lunar New Year celebrations. The Rat is the first of the 12 zodiac animals from Chinese astrology, and for this reason, 2020 is considered a year of new beginnings and renewals. It is believed that during a Rat year, those who plan to buy real estate, to start a business or to invest money in a long-term project stand a better chance of being successful. Property agents and developers would do well to take note on this and take advantage of this season to up their ante to woo Chinese buyers who are on their “Golden Week” holiday as Chinese outbound travel is closely linked to their overseas investment plans. According to findings from Juwai.com’s 2019 Chinese International Travel Survey, 99 per cent of Chinese plan to travel this year and 76 per cent are willing to participate in property tours.

How to wish a Chinese buyer a Happy Chinese New Year?

To further cultivate your relationship with Chinese buyers, do not hesitate to send them an auspicious greeting to mark this important day. Here are a few common Chinese New Year greetings in Mandarin that you can use: 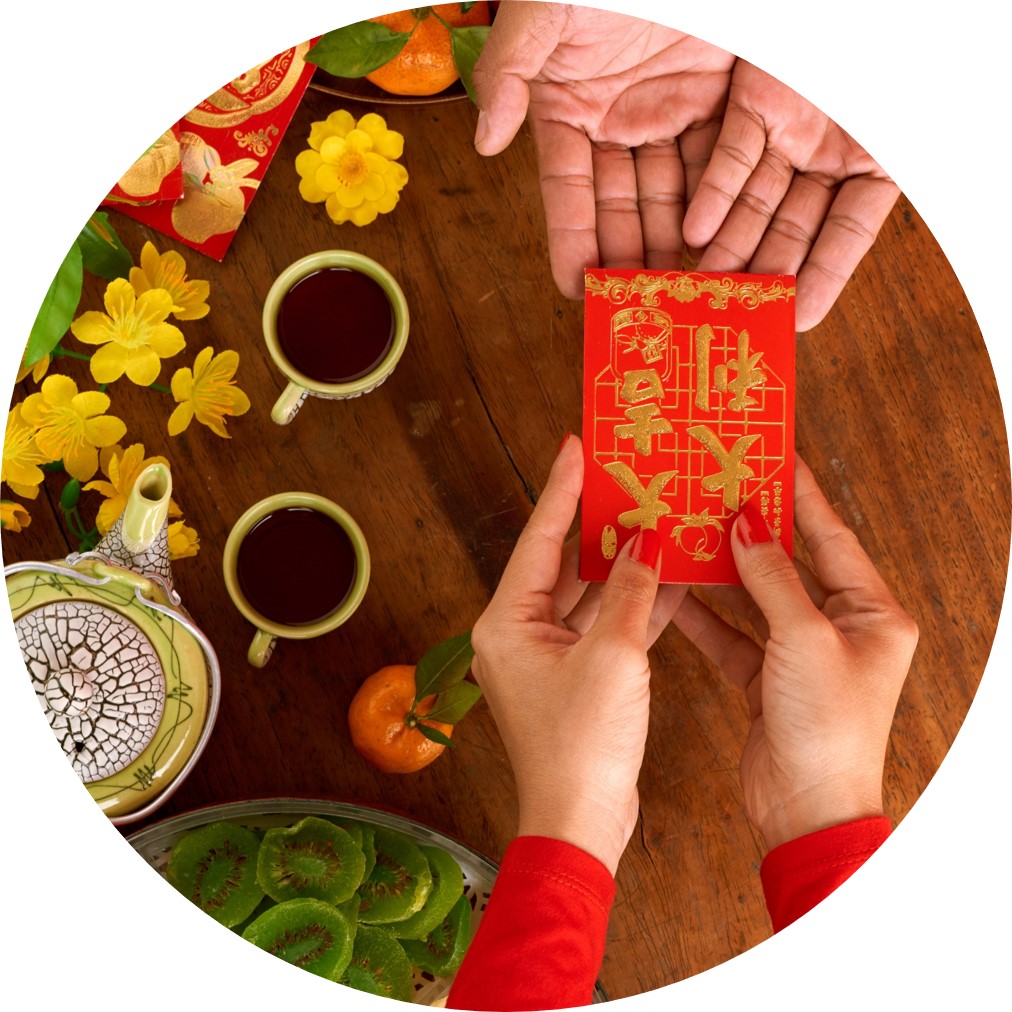 WHAT IT MEANS Happy new year!

WHAT IT MEANS Wishing you wealth.

WHAT IT MEANS Good luck and may you profit.

WHAT IT MEANS May you have an abundant year.

WHAT IT MEANS May your business flourish. 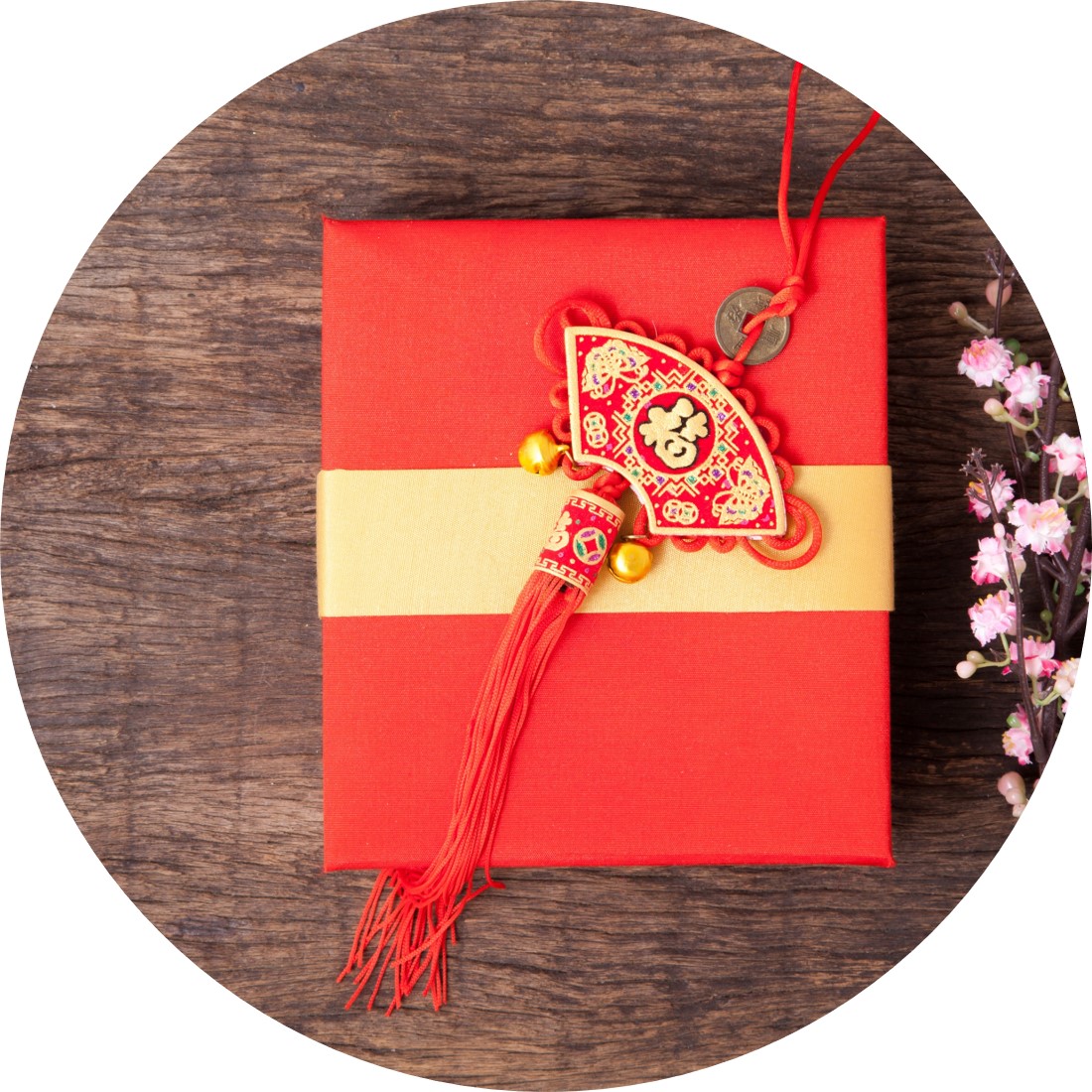 If you would like to send gifts and presents to a prospective Chinese buyer or to thank them, beware of certain taboos, including items associated with funerals such as handkerchiefs, towels and chrysanthemums; sharp objects that symbolise cutting a tie, such as scissors and knives; homophones for unpleasant topics, for example, “clock” sounds like “funeral ritual”; “pear” sounds like “separate”; and “umbrella” sounds like “fall apart”.

A common corporate gift for a Chinese customer is a hamper. As the festive occasion is also a time for all things loud and bright, an extravagant Chinese New Year hamper filled to the brim with cakes, sweets, wines and other edibles that symbolise good luck and good fortune tends to leave a lasting impression. For corporate gifts like these, the bigger and the brighter they are, the better the results. Your clients will appreciate your effort to help kick-start their prosperous year.

Other things to watch out for

That said, with just a few weeks to go before the Year of the Rat kicks off, here are some Chinese New Year tradition tips to help you start your year on the right note with Chinese buyers.

Colours are deeply symbolic in China and can make or break your commercial offering in the Chinese marketplace. In Chinese culture, red and gold are considered lucky and auspicious colours. They represent prosperity and happiness. Importantly, it’s also the primary colour for celebrations, especially during the Lunar New Year. Red, in particular, is believed to scare away spirits of bad fortune.

So, if you are meeting a prospective client, it would be to your advantage to wear red or something colourful. If you are presenting a gift, wrapped it in red or gold. And do avoid black or white, symbolic of mourning and death, as it would be inappropriate, and some may even find it offensive.

If you are treating your Chinese client to a meal, do include a dish of a whole fish, with the head and tail intact, and only eat the middle to signify discipline - where one finishes everything that one starts.

And if you get to meet your Chinese buyer’s children or older relatives, do give red envelopes containing money as a token. Known as hongbao in Mandarin and lai see in Cantonese, these red packets symbolise energy, happiness and good luck. Wrapping money in red envelopes is expected to bestow more happiness and blessings on the receivers. Also only use new crisp bills and avoid coins. Do not put in amounts that start with four because it is an unlucky number in Chinese culture. Try to give even amounts, and if possible, start or end the amount in the lucky number eight.

Bearing all this in mind, Juwai.com wishes you Gung Xi Fa Cai and may the Year of the Rat bring you great prosperity and good luck.

Juwai.com has more tips about how to deal with Chinese buyers including …

1. 6 quick tips on how to engage Chinese property buyers

2. How feng shui can help close a deal.

3. How Chinese travel can impact on where they choose to buy their overseas property

4. Which are the top 10 global picks for Chinese buyers when it comes to buying a property