According to Juwai.com, it now occupies the ninth spot on its 10-most-popular-countries list after enquiries rose 91 per cent from the last half of 2018 to the first half of this year. We highlight nine factors driving Chinese buyers’ interest in this rising Southeast Asian country. 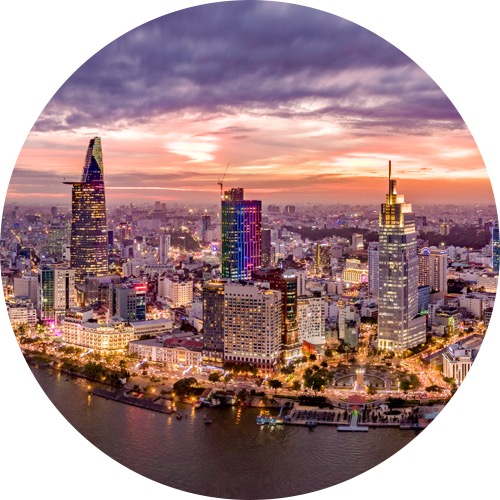 The communist country is experiencing one of the fastest-growing economies in the world. According to Vietnam’s General Statistics Office (GSO), in 2018, the economy grew by a robust 7.1 rate (its fastest rate in 11 years). Vietnam is expected to continue its stellar growth in the coming years, with projected annual GDP growth rate of 6.5 per cent both this year and in 2020. GSO statistics also showed that total capital from China flowing into Vietnam amounted to USD2.4 billion last year, accounting for 6.8 per cent of the total registered FDI for 2018. China now ranked as the fifth top investor in Vietnam.1

Since 2015, new laws opened up the Vietnamese property market to foreigners. Any foreigner with a valid visa, whether resident or tourist, can now buy property on a 50-year leasehold, with options for extension. There’s no cap to the amount of properties foreigners can buy. However, foreigners are restricted to buying a maximum of 30 per cent of the units in condominiums and cannot own more than 10 per cent of the properties in a landed project. Foreigners can also buy houses, but only 250 of the houses in a given division. The leasehold period is still 50 years, but this can be renewed.

#3 Prices are attractive and expected to grow 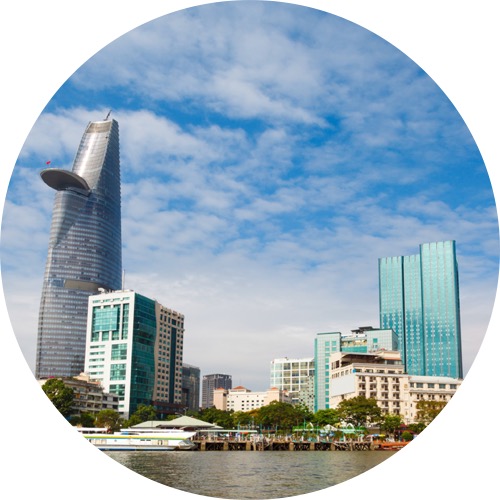 Home prices in Vietnam are considered very affordable compared to other property hotspots favoured by Chinese such as Bangkok. A high-end property in central Ho Chi Minh City costs USD3,000 to USD 6,000 per square meter while its equivalent in Bangkok costs around USD7,000 to USD9,000 per square meter. In this respect, Vietnam’s luxury apartments would seem like a bargain for Chinese investors used to sky-high prices back home or in countries such as Singapore.

In Hanoi and other coastal cities, properties are even cheaper. Chinese buyers with limited assets overseas will still be able to purchase properties in this rapidly growing market. With 700,000 yuan (USD109,781), one can own a semi-luxury home in Vietnam, whereas you would need approximately 5 million yuan to do so in traditional property hotspots such as Australia or the United States.

Furthermore, property prices are expected to rise in the future as the country scales up its development. In Ho Chi Minh City, apartment prices have surged 22.7 per cent in the first quarter of 2019 from a year earlier. Likewise, in Hanoi, the average price of apartments rose by 6.8 per cent, year-on-year in the first quarter of 2019. Property observers predict an average annual price increase of eight to 10 per cent for residential properties in the coming years.2

This makes Vietnam appealing to Chinese buyers who view real estate as a long-term investment, whether as a primary residence or for rental. 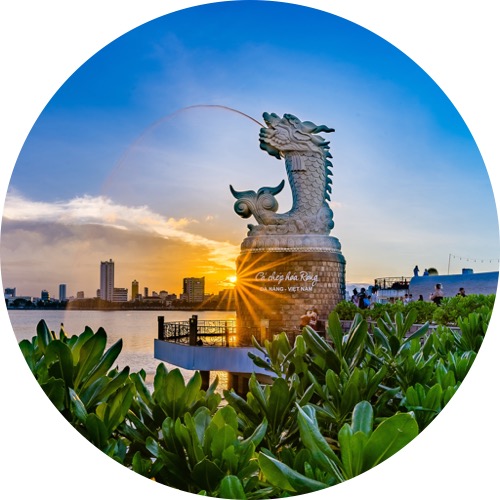 Vietnam´s plan to improve its infrastructure is also a plus factor for foreign real estate investors. Cities like Ho Chi Minh City are quickly developing and merging with other cities and plans to upgrade residential properties, schools, hospitals, roads are afoot.

To date, there are now 2,000 km of new highways in Vietnam. Hanoi already has a mass transit railway and Ho Chi Minh City will see its first metro system that connects the city centre with eastern districts in operation by 2020. Meanwhile, various expressway projects are being planned or under construction to improve connectivity within major cities.

Similarly, plans to develop and upgrade urban utilities have been announced. Global Infrastructure Outlook showed that if Vietnam continues on this positive stride of investing, the country will meet 83 per cent of its goals by 2040.4

Flight frequency between China and Vietnam has also increased, making it easier for nationals from both countries to commute between the two countries. These included a newly launched direct flight connecting Kunming, capital city of southwest China's Yunnan Province, and Haiphong of Vietnam. Other air links include flights between Chongqing Municipality with Ho Chi Minh City, Zhengzhou and Da Nang, Shanghai and Ho Chi Minh City, Nha Trang and Changzhou, Nanning and Ho Chi Minh City, as well as Da Nang and Lanzhou.

Vietnam and China already share a common border that not only spans 1,350km but also sees seven Vietnamese provinces bordering China. With enhanced air links, Vietnam is now one of the nearest Southeast Asian countries to China, alongside Laos and Myanmar.

#8 No shortage of schools 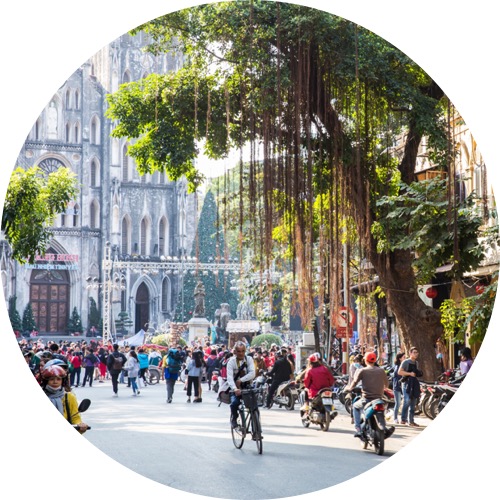 An attractive range of education options resonates with Chinese investors who often see schools as one of their primary motivators when buying overseas property. Exposure to foreign curriculum for their children whilst living overseas ranks highly on Chinese parents’ wish lists should they decide to reside overseas.

There is no shortage of properties for wealthy Chinese buyers to invest in in Vietnam. The four most enquired cities in Vietnam according to Juwai.com are Ho Chi Minh City, Hanoi, Na Trang and Danang.

Vietnam’s commercial hub and largest urban area is one of Asia’s fastest growing cities. It is a buzzed with newly-opened shops and businesses and entrepreneurs at work. Practically anything of business importance happening in Vietnam goes through Ho Chi Minh City, making its real estate market popular with expats and foreign investors.

The nation’s capital and second largest city, Hanoi provides a noticeably different feel than Ho Chi Minh City and its property market is also very different. Hanoi is more low-rise than its larger neighbour to the south but this is where embassies, start-ups, and NGOs play a part in luring expats and foreigners to the city.

A bustling beachside city of over a million people, Da Nang is the third largest city in Vietnam. Though it’s not nearly on the same scale as Hanoi or Ho Chi Minh City, it is one of Vietnam’s more popular cities for wealthy foreign property buyers and retirees.